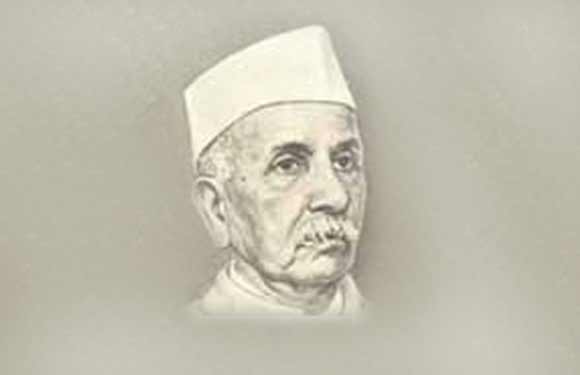 Early in his childhood when his peers sang rhymes, Laxmanrao Kirloskar was fond of two things very distinct from others: mechanical objects and painting. All against his father’s wish and with financial support from his eldest brother Ramuanna, Laxmanrao joined J J School of Art in Bombay in 1885. Unfortunately, he had to quit after 2 years as he was found to be partially colour-blind. While he gave up painting in the institute, he continued to study mechanical drawing at the same institute. His skills and acumen came handy, which later enabled him to get into the position of Assistant Teacher of Mechanical Drawing at Victoria Jubilee Technical Institute (VJTI) on a salary of Rs 45 per month.

Laxmanrao Kirloskar was the founder of the Kirloskar Industries, which began as a small workshop at Belgaum. In 1888, the legendary businessman had set up his first venture – a small bicycle repair shop at Belgaum as he had a very strong conviction that agricultural implements would propel the country’s growth.

At VJTI Laxmanrao developed a habit of reading American Machinist, Scientific American, and Foundry. He worked at the institute’s workshop and learned to install, operate, repair, dismantle and reassemble various machines. He took pride in describing himself as a ‘ghisadi’ – a blacksmith. He also started accepting jobs for installing and repairing machines. Soon he was called Prof. Kirloskar and Principal Phythian appointed him to teach ‘Steam’ – perhaps the equivalent to ICT of today. Sometime in the early 1890s, Laxmanrao started bicycle dealership – he would buy bicycles in Bombay and send them to his brother Ramuanna in Belgaum where he would sell them.

The year 1897 was a turning point for him as he was passed over for promotion at VJTI in favor of an Anglo-Indian. Laxmanrao quit VJTI and joined his brother at the cycle shop in Belgaum. Soon the duo discovered another luxury item of interest to the rich in and around the town – Windmill. Soon they acquired a dealership from Samson Windmill of USA and went on a vigorous sales drive. They sold so many windmills in a year that Samson folks gave one free to the brothers. Like any luxury good, they soon ran out of customers.

In 1901 he was contracted by the king of a small princely state of Aundh to construct an assembly hall. However, within no time the king died and bitter disputes followed for succession. Laxmanrao’s work came to a grinding halt and his investments locked up. He had to return back to Belgaum. This setback got Laxmanrao thinking for what he could do for a steady income. And he thought of making his own products that would appeal to the mass market – that of farmers.

The brothers had continued to subscribe to the three American magazines and Ramuanna used to meticulously file and index them. They also received mail-order catalogs from the USA. In one of the catalogs, an illustration of a fodder-cutter caught Laxmanrao’s eyes. The description said that the cutter would chop fodder into fine bits, including stems and roots which cattle normally reject. He ordered one and tested it. Finding that it worked well, Laxmanrao decided to copy it.

He built a small hut as an extension to his shop, bought a few tools and fixtures and started to make fodder-cutters, buying the castings for them from Bombay. He advertised in the newspapers in the local language. In 1901 this was the first Kirloskar product. As sales picked up, Laxmanrao bought an engine (2 ½ HP), a small lathe, a drilling machine and a small emery grinder, all of which he installed in the hut.

Laxmanrao pioneer establishment of an industrial township in India called Kirloskarwadi in 1910. The group is at present is in solid hands and is reporting good performance. The Kirloskar brothers are an engineering conglomerate driving critical industries. They are century old pioneers in areas of specialization like power, construction and mining, agriculture, industry and transport, oil and gas and environment protection with a range of world-class industrial products and turnkey services. They are made up of 8 major group companies, each led by the best engineering and managerial talent in India. In addition to engineering, they have interests in civic utility systems and in Information Technology and communication.

Laxmanrao Kirloskar’s contribution to Indian industry and growth of the country will always be cherished and is an inspiration for many youngsters in the country who can imbibe his deep thoughts of development and industrial growth, which is sustainable and purely Make-in-India.