Today the cement industry is going through a consolidation phase with large Indian cement players vying for smaller ones and foreign cement majors acquiring controlling stake in Indian majors. In a move to strengthen its position, Birla Corporation announced an acquisition of the entire cement business of Reliance Infrastructure Limited for an Enterprise Value (EV) of INR 4800 crore.

The said divestiture will help Reliance Infrastructure to deleverage its debt-laden balance sheet and exit a non-core business.

The Cement Division of Birla Corporation Limited has seven plants, two each at Satna (M.P.), Chanderia (Rajasthan) and Durgapur (W.B.) & one at Raebareli (U.P.) with total installed capacity of approximately 10 MTPA.

Interestingly, this deal comes just six months after Birla Corp had agreed to buy two assets totaling 5.15 MTPA from French cement maker Lafarge for INR 5,000 crore in August 2015. The company is now in the process of taking legal action against Lafarge India after the latter conveyed its inability to proceed with the agreement to sell the plants.

Reliance Infrastructure Limited, incorporated in 1929, is amongst the largest and fastest growing companies in the infrastructure sector.  The company also has a presence across various spectrums.

Reliance Infrastructure does its cement manufacturing through its subsidiary, Reliance Cement Company Private Limited (RCCPL).  It started actual production in FY 2014 however in a current financial year it became completely operational. Today, Reliance Cement has 3 plants (Maihar, Kundanganj, and Butibori) with total installed capacity of 5.5 Million Tonne Per Annum (MTPA) (This includes grinding unit of 0.5 MTPA at Butibori).  Another 5 Million Tonnes equivalent cement manufacturing facility is being developed at Mukutban in Maharashtra.

Birla Corp will acquire all the shares of Reliance Cements Company Pvt. Limited (Cement Business of Reliance Infra) from Reliance infra at an enterprise value of INR 4800 crores.

The acquisition will provide Birla Corp ownership of high-quality assets taking its total capacity from 10 MTPA to 15.5 MTPA strengthening its presence in the high-growth central region. The transaction will enhance Birla Corp’s potential with mineral concessions in Madhya Pradesh, Maharashtra, Rajasthan and other regions.

The transaction aligned with the Reliance Infra’s strategy to reduce its existing debt. For the financial year ended on 30th September 2015, its consolidated total debt was approximately INR 24,600 crores.

For Birla Corp, The acquisition will be funded through existing cash reserve & incremental debt.

On the valuation front, at an EV of INR 4,800 crore, Reliance will get a 2.7X return on the equity it invested in the cement business. With a sale of cement business, Reliance Infra will able to reduce its consolidated debt by almost INR 4800 crores.

As on 19th February 2016, enterprise value of Birla Corp was approximately INR 3600 crore which is almost 0.75 times the enterprise value assigned to the deal. With a total capacity of 5.5 MTPA (Including 0.5 MTPA grinding unit capacity), consideration per tonne comes out to be around $140. While considering the enterprise value of Birla Corp as on 19th February 2016, EV per tonne of Birla Corp comes out to be around $53. The reason behind this could be Reliance Cement plants are newly established, a captive coal mine near Maihar project and its strategic locations of its plants. However, compared to Birla Corp’s previous proposed deal with Holcim, they are getting Reliance Infra’s cement business at a cheaper rate. 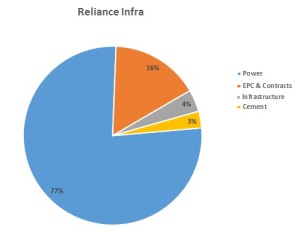 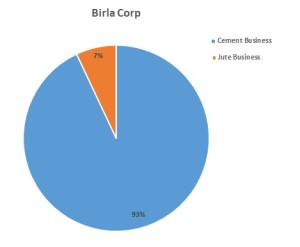 Reliance Infra had been targeting to emerge as one of the biggest cement players in the country with the largest single-location cement facility since 2008. However, the company’s capital-intensive plans were shelved as the Reliance Group got saddled with debt and recently shifted the focus to the manufacturing of defense equipment.

On the sluggish demand, competition across cement sector is heating up. Last year Birla Corp had agreed to buy two assets totaling 5.15 MTPA from French cement maker Lafarge however the deal didn’t go through. But with strong desire to expand its cement business, Birla Corp announced an acquisition of Reliance Infra’s cement business. With this acquisition, Birla Corp, will not only strengthen its presence in central India but also increase its total operational capacity to 15.5 MTPA with further 5 MTPA by developing a Mukutban project. Though the acquisition is likely to increase its capacity by two folds, Birla Corp will still be far behind industry leaders like Ultratech, LafargeHolcim which has a capacity of approximately 67 MTPA.